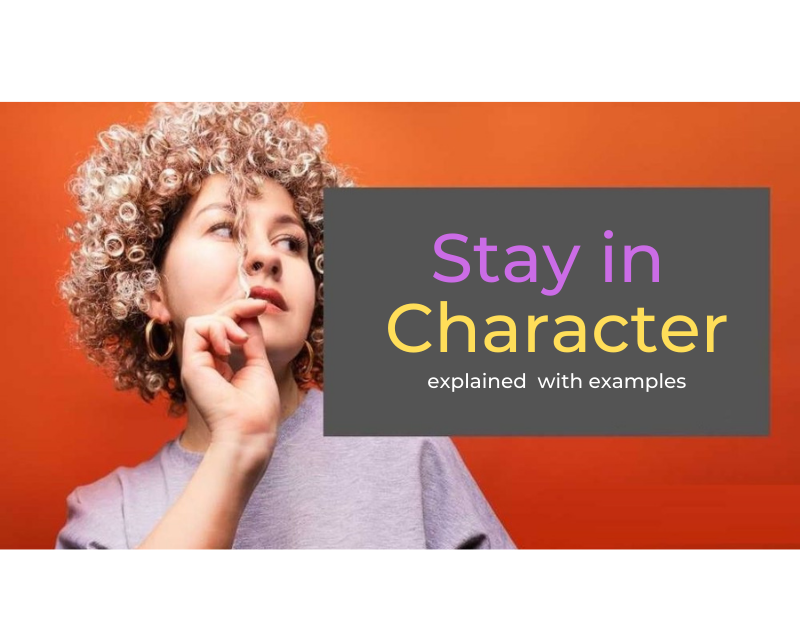 Stay in Character: a guide

Stay in Character: a guide

“Pros are just amateurs who know how to gracefully recover from their mistakes.” – Kevin Kelly

Contrary to what many nervous beginner speakers think, humans actually look confident by default – we break that when we adopt the characteristics of anxiety, self-doubt, and fear. By staying in character during a speech, you can exude massive confidence and authority – even if you feel afraid and nervous on the inside.

In fact, it’s normal to feel anxious when speaking. But it’s not helpful to draw attention to it. Staying in character means focusing on what’s important, instead of explicitly pointing out your insecurities. People can only tell when you’re anxious when you reveal it to them.

Trust that you’re exuding an aura of confidence. Avoid judging or criticizing your speaking when you speak. Acting confident leads to feeling confident.

Choose to embrace whatever happens. If your primary goal is “don’t make mistakes,” you’re going to make a lot of mistakes. Instead, allow yourself to bend and flow at the moment, accepting and embracing off-script interruptions.

Examples of staying in character

What are the benefits of staying in character?

One benefit of staying in character is that your audience will perceive you as confident, even if you’re not. This behavior is a mindset you can adopt rather than a state of being to develop throughout the years. You can start staying in character right away. Staying in character will let people focus on the best version of your message, instead of being distracted by what you think they’re thinking about your nerves or anxiety.

But the greatest benefit is your improved speaking ability. When you know that mistakes and unforeseen circumstances are not unfortunate problems but actually an integral part of the chaos of impromptu speaking, you’re not shy to avoid it. Staying in character will allow you to use a bigger range, and paradoxically, you’ll also probably make fewer mistakes.

What are strategies to stay in character?

1. Don’t criticize your speaking while you speak

Most nervous speakers feel the temptation to reveal their anxiety in hopes of lessening the tension. They think if they call attention to their anxiety first, their audience will be more forgiving. It softens the blow of failure.

But by doing this, you unintentionally invite them to listen to everything you say through that lens. When you are skeptical about your own words, your listeners will be too. You start off on the worst foot and stumble from the beginning.

You show your audience how to perceive you. With that in mind – be kind to yourself. Don’t judge yourself as you speak. Let your audience be entertained and relaxed with you, not adding to your increasing anxiety.

Whether it’s a distraction in your environment, a slip-up in what you say, or your mind going blank: embrace it. It doesn’t have to ruin your speaking. It can even make your speech better – a speaker publicly handling a distraction well only makes you look more impressive.

One of the most common crutches nervous speakers use is to cut corners during a speech. They avoid risks and stick to a rigid script. It feels safer, and when you’re speaking in front of a large audience, it’s tempting to cling to anything that makes you feel safer.

Isn’t it fake and inauthentic to stay in character?

A common concern around staying in character is that it seems fake – you’re putting on an act or a show that isn’t truly you. Isn’t it more charming and endearing to be honest and share your nerves? Won’t your audience like you more if you admit you’re facing your fear of public speaking?

But for the majority of speakers, it’s not a deliberate choice to share their anxieties. They feel compelled to. Staying in character lets you take away these automatic defense mechanisms that only result in making you look and feel worse. When you don’t have to rely on defenses, you can be fully yourself and speak freely. 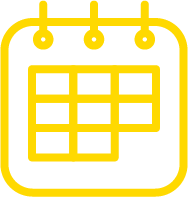 Expressing your emotions in speaking is the idea of being human.